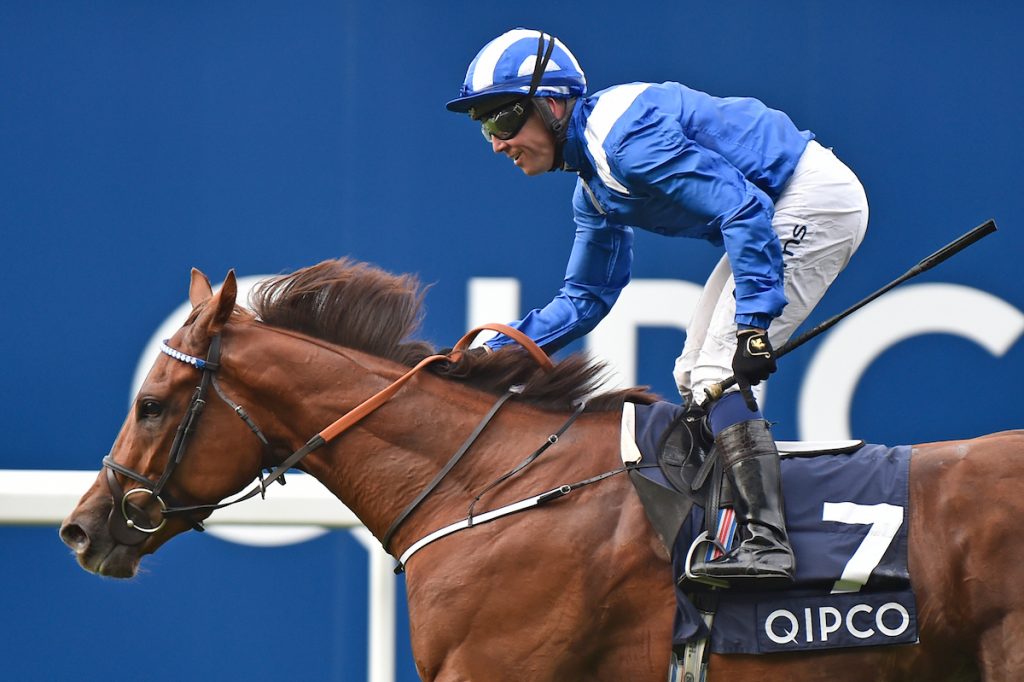 Aldaary capped a fantastic QIPCO British Champions Day for Jim Crowley and Shadwell when winning the Balmoral Handicap (sponsored by QIPCO), the final race of a pulsating afternoon of action.

The combination was striking for the third time on the card, registering a 228/1 treble, while trainer William Haggas was enjoying a double following Baaeed’s scintillating victory in the Queen Elizabeth II Stakes (sponsored by QIPCO).

In this contest over the straight mile, Aldaary (7/2) was always placed handily on the far side of the course, before quickening away to win with authority. Symbolize (40/1), who had chased home the winner at the course two weeks ago, did so again, beaten a length and a half. Magical Morning (66/1) was a length behind in third, with Nugget (9/1) taking fourth.

Crowley said: “It has been fantastic. Obviously, I came in today with some lovely rides, but it’s a tough place to ride winners. For me it was one of the best day’s racing that I’ve seen, let alone to have been a part of. There were fantastic horses running today and so nice to have crowds back, it was a big plus.

“I’m sure Sheikh Hamdan is looking down. It’s so sad that he can’t be here because he would absolutely have been buzzing today. He loves Ascot. Hopefully his daughter, Sheikha Hissa, is watching and she will be over the moon.

“Aldaary is very tough. He won here at the last meeting. Those handicaps are not easy to win and William has done a great job with him. Hopefully he can make him into a Pattern horse next year. I think he absolutely loves that ground, that’s key. It’s a big plus this time of year. It’s been a great day, you have to savour the moment really.”

Haggas reflected on the afternoon: “It’s been a fantastic day. Aldaary won nicely – he put the race to bed a furlong from home and lasted home. He is a talented horse on this ground.

“Dubai Honour ran a great race. He just took a furlong to settle, but he finished well. I thought he was coming to win, but the other horse outstayed him.

“Addeybb was too fresh today. Adayar took him on a bit which was unfortunate. He lacked a run and as much as we tried to get him fit, he just needed a run and he will be better for that.

“Al Aasy just didn’t perform today. I thought he would travel much better.

“I’m sure His Highness [Sheikh Hamdan] is looking down on us and enjoying every moment.”