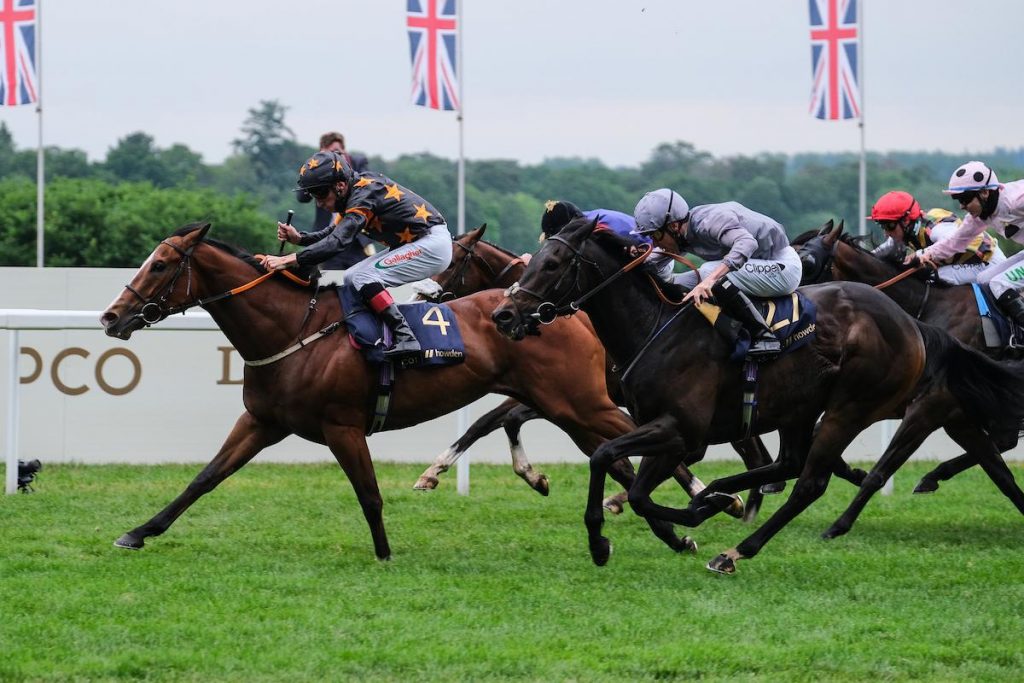 Trainer David Evans has Rohaan in such good form that he wishes Ascot’s QIPCO British Champions Sprint was this coming Saturday rather than another week away, on Saturday 16th October.

It would be hard to nominate a horse who has improved more in the last 12 months than Rohaan, who has won no fewer than seven times and had his BHA rating almost double since Evans took a punt on him and at last autumn’s Horses In Training Sales. He picked him up for just 20,000 Guineas, a cast-off from a Newmarket stable with three uninspiring runs to his name and a mark of just 55.

Rohaan was an instant success for his new trainer, winning in dramatic style at Newcastle, and he ended a hugely successful all-weather season on 95. Now, following Group wins at Ascot and Haydock and a rare three-year-old win under a massive weight in the hugely competitive Wokingham Handicap at Royal Ascot he is up to 114 and disputing favouritism with Starman and Dragon Symbol for a £500,000 Group 1 which has champion sprinter Muhaarar among its previous winners.

Evans said: “He does everything so easily. Nothing is any effort to him. He’s half asleep most of the time, but he’s got such a turn of foot, so long as he’s close enough to use it. I just wish the race was this Saturday rather than next, as you never know what they might pick up.”

Rohaan’s win in the Wokingham, over the same course and distance as the QIPCO British Champions Sprint, was arguably the handicap performance of the entire season, and the manner in which he won was spectacular too, for he cruised through from what looked a hopeless position to win well.

Three subsequent starts in Group 1s might not have gone so well on the face of things, but last month’s close fifth to Romantic Symbol in the five-furlong Derrinstown Stud Flying Five at the Curragh was an extraordinary performance, for he lost a huge amount of ground at the start yet finished virtually upsides old rival Dragon Symbol and on the heels of the winner and third-place of Sunday’s Prix de l’Abbaye, A Case Of You and Glass Slippers.

Evans can explain the defeats in the Darley July Cup and Larc Prix Maurice De Gheest, and he could scarcely believe what he was witnessing at the Curragh.

He said: “At Newmarket he was probably a bit too prominent and found himself a bit in no man’s land, and then in France it was a combination of the travelling, racing too prominent again, and then not getting home over the extended trip, although he was last off the bridle.

“As for the Curragh, I’ve never seen anything like that in a Group 1. I couldn’t believe he’d finish that close after getting left in the stalls for some reason and finding himself 15 or 20 lengths behind. In many ways it was demoralising to watch, but it was nice to see that he was back in form, and that form is working out too.”

Evans has trained not far off 2,000 winners but he’s not usually accustomed to saddling Group 1 runners. A first Group 1 winner would be a huge feather in his cap, but there is no doubt that having the opportunity to show what he can do with a horse of Rohaan’s calibre has already boosted his profile and attracted significant interest.

Chris Kiely, in whose colours Rohaan has raced since May, has expanded his interests to include Choux, who landed a first-time-out gamble at Thirsk and has since won a Listed race at Deauville, and Breeze Away, who is due to run in a Listed race at York on Saturday, and Evans finds himself with more money to spend than usual at the yearling sales.

Evans said: “I could train 100 winners in a year [as he has done twice] and nobody would notice, but when you have a horse like Rohaan everybody knows about it. I’ve been able to go to the sales and for the first time spend a bit of money on nice two-year-olds for next year, and I’ve probably got a couple of new owners through him.

“It’s just nice to have a horse like him – he’s the horse of a lifetime. He’s really well and if he’s in one piece and luck goes with him, I don’t think there’s anything in the Ascot race to beat him.”