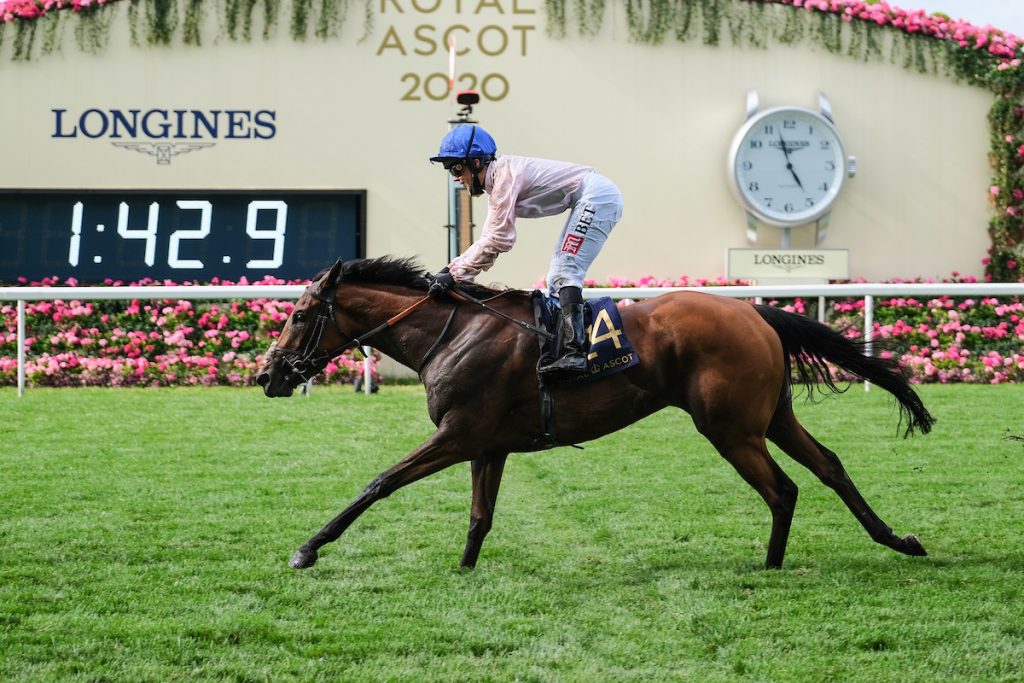 The Newmarket trainer has yet to record a winner on QIPCO British Champions Day and is waiting on a first Group 1 success after going close with globetrotter Prince Of Arran on several occasions.

Vadream produced an eye-catching audition in the G3 Bengough Stakes at Ascot on October 2, when she stayed on gamely over the same six-furlong distance to beat King’s Lynn by a length.

“Vadream heads to Champions Day in great form,” said Fellowes. “She could not have taken the Bengough any better and you wouldn’t have been able to tell that she had a race.

“She did a short, sharp piece of work on the grass on Wednesday morning and looked fantastic, so she is ready to go.”

A first Group-race success was richly deserved for the QIPCO 1000 Guineas sixth, who had met trouble in running in all three of her previous starts at York, Goodwood and Deauville. Her form before that also included third-placed finishes behind Alcohol Free in the G3 Fred Darling Stakes at Newbury and Creative Force in the G3 Jersey Stakes at Royal Ascot.

“Between Royal Ascot and the Bengough, the ball didn’t bounce her way,” explained Fellowes. “Certainly, at Deauville she got no run at all, and I am not convinced she handled the track at Goodwood, whereas in the Bengough it was unbelievably straightforward. She jumped out, got a nice position, cruised into contention, and then she never really looked like getting beat.

“Interestingly, I think the forecast ground, just on the easy side of Good, is going to be much more to her liking. She is a quick filly who does have a turn of foot, which she wasn’t able to show last time as the ground was very testing.

“With Starman out, it has blown the race wide open. I think you can pick holes in every single horse in the race, and I think we go there with a really live chance.”

Fellowes has enjoyed more than his fair share of success at Ascot since taking out a licence in 2014, as a level stakes profit of +£88 will testify, including a Royal Ascot double in 2020 with Onassis and Chiefofchiefs.

“Most people have a Ripon or a Yarmouth as their lucky track but for some reason Ascot is my lucky track,” laughed Fellowes. “I have no idea how this has happened, but Ascot has been very good to me, and my horses seem to enjoy running there.

“It would be a huge thrill if Vadream could give us another big day at Ascot. We have come close to Group One success before, mainly with Prince Of Arran in Australia, and it would mean a huge amount.

“We are not a huge yard and everybody works unbelievably hard every day. My head girl [Cheryl Armstrong] rides the filly every day and, for everyone involved, it would be a real reward for what has been a really good year.”