Ghiani not for catching in champion apprentice race 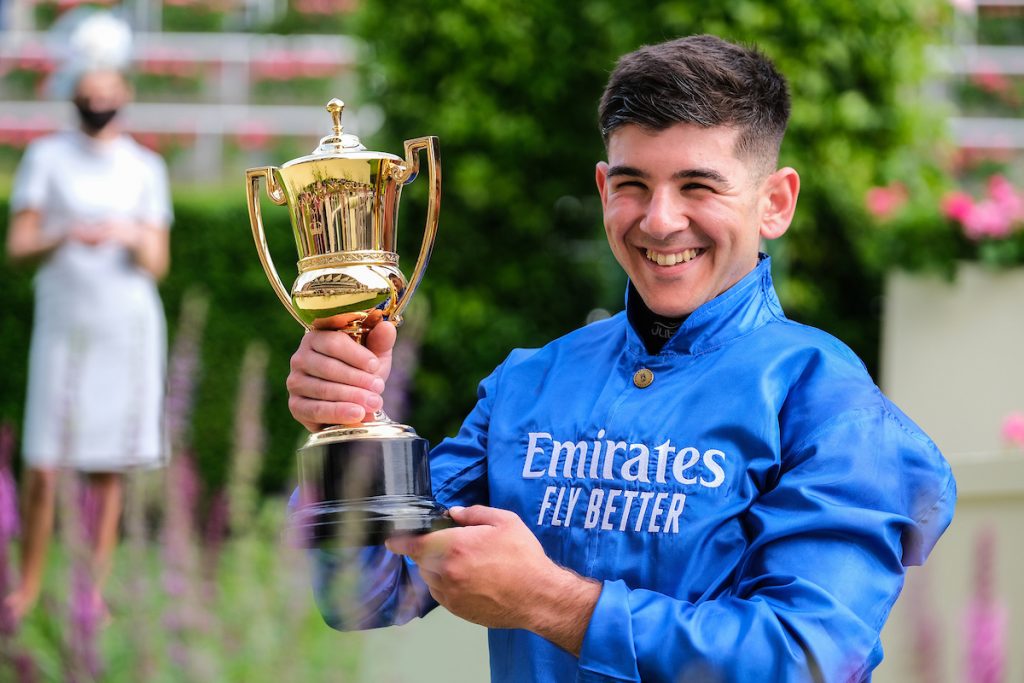 Marco Ghiani will be crowned Britain’s Champion Apprentice at 12.30pm at Ascot today following a breakthrough season that saw him finish 16 winners clear of his closest challenger Saffie Osborne. The Champion Jockey presentation will now take place later this afternoon after the QIPCO Champion Stakes.

Having taken the corresponding All-Weather Championships title over the winter, Ghiani had plenty of momentum heading into the turf season.

The 22-year-old has registered 51 winners since May 1, including a first Royal Ascot success on Godolphin’s Real World in the Royal Hunt Cup and a first Group-race victory on the same horse in the G3 Strensall Stakes at York.

A keen rider in his native Sardinia, Ghiani moved to Newmarket at the age of 16. After completing a course at the British Racing School, he honed his riding and language skills with Luca Cumani before joining fellow Newmarket handler Stuart Williams upon Cumani’s retirement in December 2018.

He is not the first rider with Sardinian roots to have dominated the apprentice division, with Frankie Dettori taking the title in 1989. Multiple Group 1-winning rider Andrea Atzeni also hails from the Italian island.

Ghiani, who rode out his claim at Yarmouth on July 1, said: “To be crowned Champion Apprentice is a dream coming true and I am very thankful to all the people who have helped me along on this journey.

“The British Racing School played a big part in my development. Without them, I probably wouldn’t be here because my father wanted me to do everything properly rather than just working in a yard and not having a clue what I was doing.

“It was quite hard here for the first couple of years. I did not know anything of England and couldn’t speak very good English, so it was hard to communicate. I almost moved back home but Luca persuaded me to stay, and a few months later I got my licence.

“Stuart Williams raised me up after Luca retired. He gave me my first winner and has supported me with lots of rides. He has been very supportive, and I am very grateful for it.

“I think being based in Newmarket is an advantage because it gives you the opportunity to ride work for more people, which can then lead to more rides. I have been able to ride winners for lots of trainers this year.

“I was just about to lose my claim when I rode my first Royal Ascot winner. I couldn’t really believe what I’d done, it was such a good feeling, and I did not want to jump off the horse afterwards – I just wanted to stroke him!

“I do not have to look after my claim anymore, so the ambition now is to ride as many winners as I can and maybe ride a few horses for some of the big trainers.”