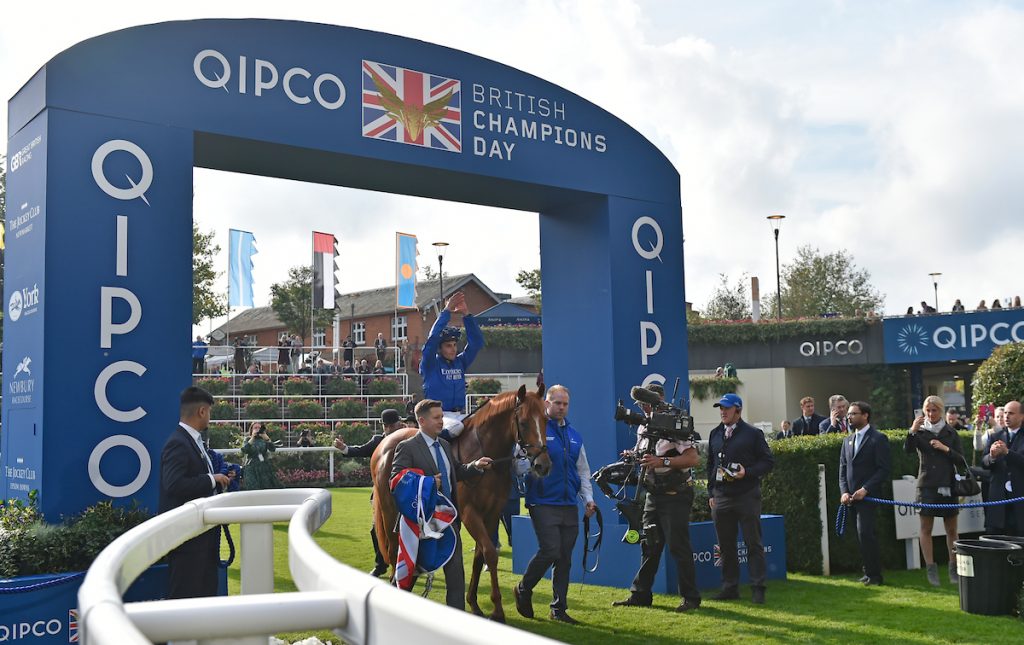 Godolphin was named Britain’s Champion Owner for a 14th time at Ascot today following a sensational season that has unearthed two Classic winners and a plethora of potential stars for the future.

The Dubai-based operation has collected over £5 million in win and place prize money since the championship season started on May 1, thanks primarily to the exploits of Charlie Appleby’s star three-year-olds Adayar and Hurricane Lane.

Adayar became the first horse since Galileo in 2001 to complete the Cazoo Derby-King George VI & Queen Elizabeth QIPCO Stakes double at Ascot in July, while Hurricane Lane breezed to victory in the Cazoo St Leger last month following G1 wins in Ireland and France during the summer.

Godolphin almost completed a clean sweep of the colts’ Classics in Britain, with Master Of The Seas going down by a short-head to Poetic Flare in the QIPCO 2000 Guineas on the opening day of the championship.

An enviable team of two-year-olds are headlined by dual G1 winner Native Trail, who is on course to be named Europe’s Champion Two-Year-Old after extending his unbeaten record to four in the G1 Dubai Dewhurst Stakes.

Further Classic ammunition for next season is likely to be provided by Coroebus and Goldspur, who were also successful in Pattern company at Newmarket’s Dubai Future Champions Festival last weekend.

Hugh Anderson, Managing Director of Godolphin (UK and Dubai), said: “2021 has been a great year for British racing and Godolphin is proud to have played a part in many of the epic races that have framed the season. It is a huge honour to win the Owners Championship in such a competitive and high-quality year and testament to the fantastic work of all the Godolphin trainers and their teams. Charlie Appleby, Saeed bin Suroor and John Gosden have all played big parts in helping us win this Championship and I want to thank our jockeys, particularly William Buick and James Doyle, as well as everyone who works in our racing yards. Equally as important are our stud farms and support staff who are so essential to this operation; we are a team and we celebrate together.

“I could name over a dozen horses that have made this season for us – many are names that will go down in history – but I will just focus on the quality of the wins, the Classic successes and the overall consistency of Godolphin’s performances and make the assertion that these are the best we have seen for over 20 years. Our greatest supporter is of course His Highness Sheikh Mohammed and we are delighted that we can repay his loyalty to us by achieving this title of Champion Owner.

“As we see Covid recede in the collective memory, I think that British racing should be very proud of how it has emerged from this pandemic and shown unequivocally that racing is an absolute jewel in the crown of British sport. Long may it continue.”