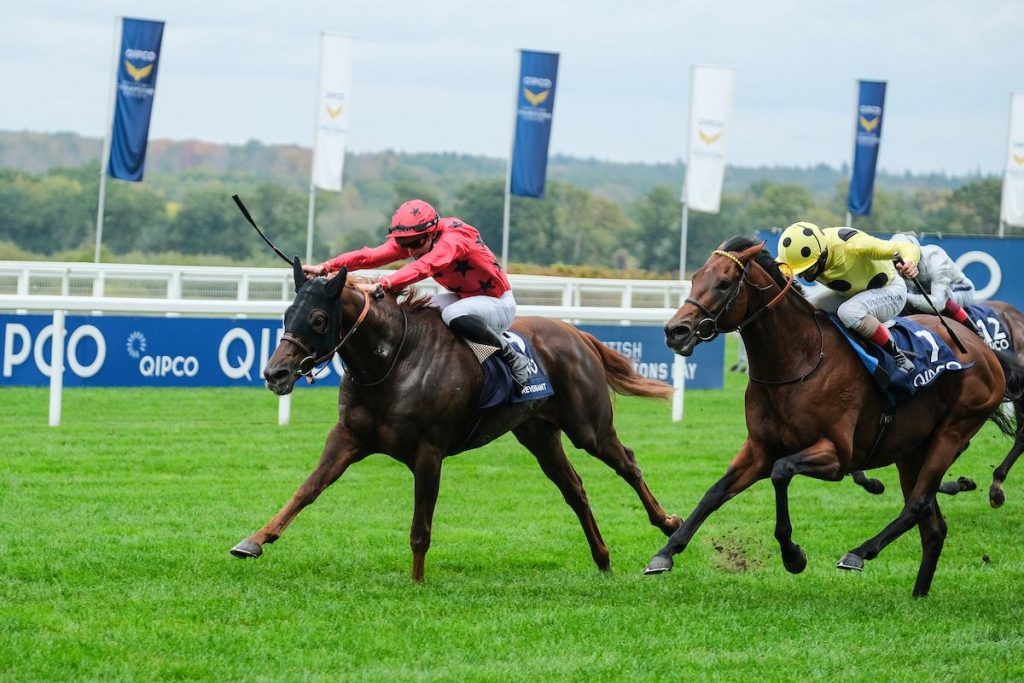 Top French Miler The Revenant has taken Saturday’s fast-finishing ParisLongchamp second very well and is firmly on course to defend his title in the £1.1m Queen Elizabeth II Stakes (sponsored by QIPCO) at Ascot on Saturday 16th October at QIPCO British Champions Day, a race in which he was also second in 2019.

The six-year-old was bidding for a third successive win in the Prix Daniel Wildenstein when failing by just a short neck to overhaul the much-improved Godolphin colt Real World, who was completing a four-timer and got first run on him by a good three or four lengths.

While trainer Francis Graffard was entitled to be frustrated at missing out so narrowly on a notable hat-trick, he saw enough to confirm that The Revenant will be a major player once again on QIPCO British Champions Day, which has once more been the aim all year.

Graffard, who it was recently announced will be the Aga Khan’s principal trainer from 1st January, was delighted on balance with The Revenant’s run and said: “It would have been fantastic for the horse to win the race three years in a row, so of course I was a little bit upset, but the way he finished showed he is still very competitive at the top level and so that was the positive side.

“He hadn’t run since May and was probably a little bit rusty. The winner got a start on him, but I was very pleased with him and he’s come out of the race very well. If all goes well over the next ten days or so he’ll be back at Ascot for the QEII.”

Soft ground is considered vital for The Revenant, who has raced only 16 times in a career which began with a two-year-old win at Haydock for Hugo Palmer, and Graffard was not tempted to run him through the summer months.

He said: “I ran him in the spring, but he’s not the same horse on fast ground. The autumn is his time of year, and there aren’t too many options, so the QEII was always the aim provided the ground is suitable.

“Two years ago on his first attempt he ran a fantastic race to finish second to a good horse, and when we went back last year we were very confident because he had come on a lot for his run at Longchamp. He had his ground and he was spot on, and he delivered, which was very good. If he has his ground again he will be ready to defend his title.

“I’ve been impressed by Baaeed of course, and with Palace Pier in the race again it will be a very strong renewal. On good ground it would be difficult to beat those horses, but on soft ground The Revenant is a Group 1 horse and he’ll be fighting.”

Graffard turned to Olivier Peslier for jockey duties on Saturday, and he hopes to use him again at Ascot.

He said: “Olivier rode him once before, winning two years ago at Saint-Cloud, and after Saturday he knows him again. He will be spot on for Ascot.”

Looking ahead to next year’s new role, when he succeeds the retiring Alain De Royer-Dupre in taking care of the horses at the Aga Khan’s private training base at Aiglemont in Chantilly, Graffard said he feels “very honoured.”

He added: “I’m very excited about the new challenge and I’m very motivated. I was assistant to Alain for three years, but on his public yard and not on the Aga Khan’s yard.”

He will continue operating his own stable, as did De Royer-Dupre.