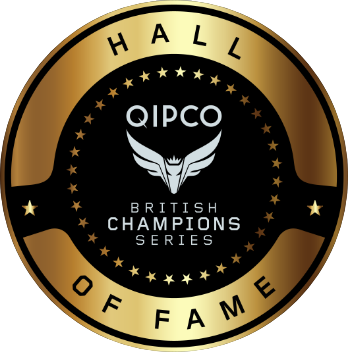 Lester Piggott and the late Pat Eddery were among those recognised during the QIPCO British Champions Series Hall of Fame presentation before racing.

The Hall of Fame will immortalise the equine and human champions of British Flat racing. It will focus on the modern greats of the sport from 1970 onwards, while simultaneously honouring the horses and people that have featured in the long history of the sport.

Lester Piggott began riding racehorses when he was a 10-year-old, with his final win in his 60th year. In the intervening five decades, he established himself as possibly the greatest jockey there has ever been.

He won 4,493 races; was champion jockey 11 times; prevailed in a record nine Derbys among 30 Classics triumphs; and enjoyed 116 Royal Ascot winners. He rode countless champions, chief among them perhaps being the Vincent O’Brien-trained Nijinsky, who won the Triple Crown (The 2000 Guineas, Derby and St Leger) in 1970. No horse had achieved this for 35 years, and none have achieved this feat since.

Piggott said: “It is a lovely honour to be inducted into the Hall of Fame. It’s a special day of racing and it is a pleasure to be here. I’m looking forward to the day immensely.”

Pat Eddery was champion jockey 11 times between 1974 and 1996, and accumulated more than 6,000 winners in his career with 4,633 of them being achieved in Britain – a figure exceeded only by the legendary Sir Gordon Richards, who finished with 4,870.

Derby winners Grundy, Golden Fleece and Quest For Fame were among his 14 British Classic winners, while he was associated with many other champions such as El Gran Senor, Zafonic, Danehill, Sadler’s Wells, Warning, and the mesmerising Dancing Brave – one of four Prix de l’Arc de Triomphe winners for him in the 1980s.

Natasha Eddery, Pat’s daughter, said: “It’s wonderful for Pat to be honoured and inducted into the Hall of Fame, and to be joined here by Lester also makes this very special.”

For more information on QIPCO British Champions Series Hall of Fame and all its inductees, please click here: https://horseracinghof.com/